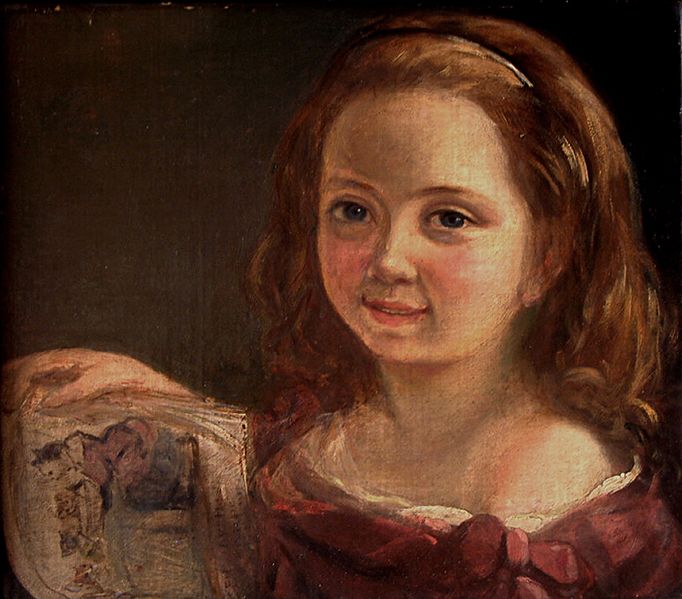 It’s come round again – the day when we celebrate Ada Lovelace, famed for writing what was probably the world’s first ever computer programme – and for doing so in a time when women weren’t expected to achieve anything mathematical (or worldly) at all.

It’s lovely to celebrate Ada, of course, but I thought at Maths on Toast perhaps we should also be curious about her early maths experiences. What sort of an education did she have and what was her family’s attitude to maths? Did any of that help her overcome the prejudices of the times and achieve something so remarkable? And is there anything we, the family maths charity, can learn not from Ada, but from her parents?

‘Parents’ in Ada’s case meant more ‘mother’ than ‘father’. Her father, the poet Lord Byron, departed for Greece when Ada was still in her infancy and died when she was eight. It’s unlikely he did much maths with his daughter. Her mother, though, Lady Byron (born Anne Isabella Milbanke), was an enormous and important part of Ada’s maths education.

That’s saying something already, as strong female role models are thought to be a big part of inspiring women into maths (one of the reasons we’re celebrating Ada Lovelace Day).

In a piece of research published in 2017, Christopher Hollings, Ursula Martin and Adrian Rice investigated Ada’s early maths education – including reporting on letters she wrote to her mother during her childhood. (1)

One insight from this research is just how much imagination Ada was encouraged to have, and how hands-on and practical her activities were. For example, she talks – in 1826 – about designing a flying machine to be powered by steam – making her prototype with paper, silk and feathers.

This practical approach to maths wasn’t coincidental. According to Hollings and his fellow authors, Ada’s mother “who had herself had a good mathematical education for the time… [considered] learning to think more important than memorization … she followed the principles of the Swiss reformer Pestalozzi … ‘learning by action’ combined text-books with physical work and practical skills.” (2)

There are two excerpts from Ada’s letters, age ten, to her mother, which reveal something that I think is even more important.  These are excerpts in which she tells her mother, happily, that she is struggling with a new idea or problem. Here they are:

“I have been puzzling hard at a sum in the rule of three which I could not do, the question is ‘If 750 men are allowed 22500 rations of bread per month, how many rations will a garrison of 1200 men require?’”

“I think by the time you come back I may have learnt something about decimals, I attempted the double rule of three but I could not understand, however I will not give it up yet.” (3)

“Puzzling hard” and not giving up

Ada tells her mother cheerfully that she’s been “puzzling hard” (what a great expression for being stuck productively!) and that she “will not give it up yet”. She’s clearly not expecting sympathy or direct help – she seems rather to be expecting praise for all this struggle.

The image of a young Ada Lovelace writing to her mother about just how stuck she’d got is inspiring, because it supports a core Maths on Toast belief – the idea that parents can help their children by cheering them on when they are stuck, and by seeing that struggle as a vital part of learning.

So… whether you’re a parent, or a ten year old, or neither, now’s your chance to practise ‘puzzling hard’

Have a go at Ada’s problem. Remember, it’s 1826, so calculators haven’t been invented. No, I have no idea what the ‘rule of three’ is either. That’s not the point. The point is, that if you can’t do it, and you keep trying – thinking about it; drawing it; getting cross; giving up; having a cup of tea; having a genius idea in the bath; realising it’s wrong but sort of helpfully wrong; telling your mother how hard you are puzzling at it; feeling clever about how hard you’re trying; thinking about it some more –  then you have something in common with Ada Lovelace, age ten.

And Ada Lovelace, age ten, went on to be famous for her success in mathematics.

Alexandra Fitzsimmons is the founder of Maths on Toast, the family maths charity. Alexandra is a Fellow of the School for Social Entrepreneurs and teaches Museum Studies as part of the MSc Science Communication at Imperial College London.

Image
Portrait of Ada Lovelace as a young girl by Alfred d’Orsay.