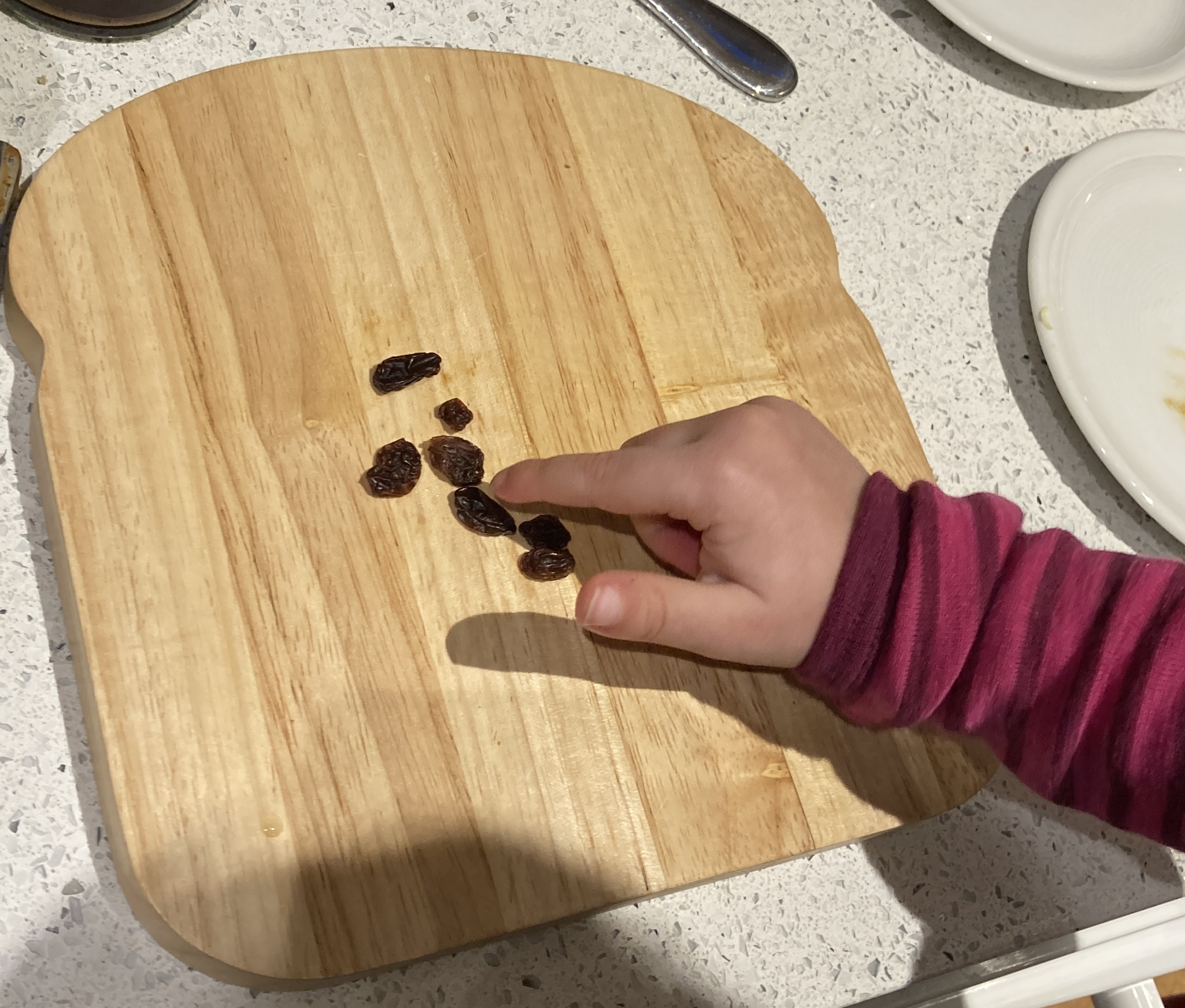 Exploring maths in the early years of childhood and discovering maths is everywhere!

What’s the equivalent of a bedtime story, for maths? Numeracy seems to play out differently from literacy in children’s daily lives – and mealtimes, rather than bedtime, can be a great way to have some gentle fun with maths from a very early age. Welcome to a series of four Mealtime Maths stories from Maths on Toast founder, Alexandra Fitzsimmons.

I don’t know about mealtimes in your house, but at ours, eating the food often comes second to playing with it.

I realised the other day that peas, raisins and other teeny tiny items of food are making a big contribution to my two-year-old’s numeracy.

I’ve found watching him learn to count quite challenging. What do you say, when your child refuses to acknowledge the existence of seven, and insists on always going from six to eight? Does he really know what the numbers mean, or is he reciting them like he would recite a song?

Counting peas and raisins has really helped. They’re very satisfying to count. They’re a bit fiddly and small which makes them a physical challenge as well as a mental one. We can count them again and again and again. We can have a long slow conversation about why I like seven, rather than a quick, abrasive one about why he’s missing it out. Most importantly, the food gets eaten as it’s counted.

This never feels like a maths lesson at dinner time. We eat, if there’s something fun to count, we count it.

And the maths has lots of scope to get richer. We started with counting to see how many peas we could get on a spoon. We can expand to: 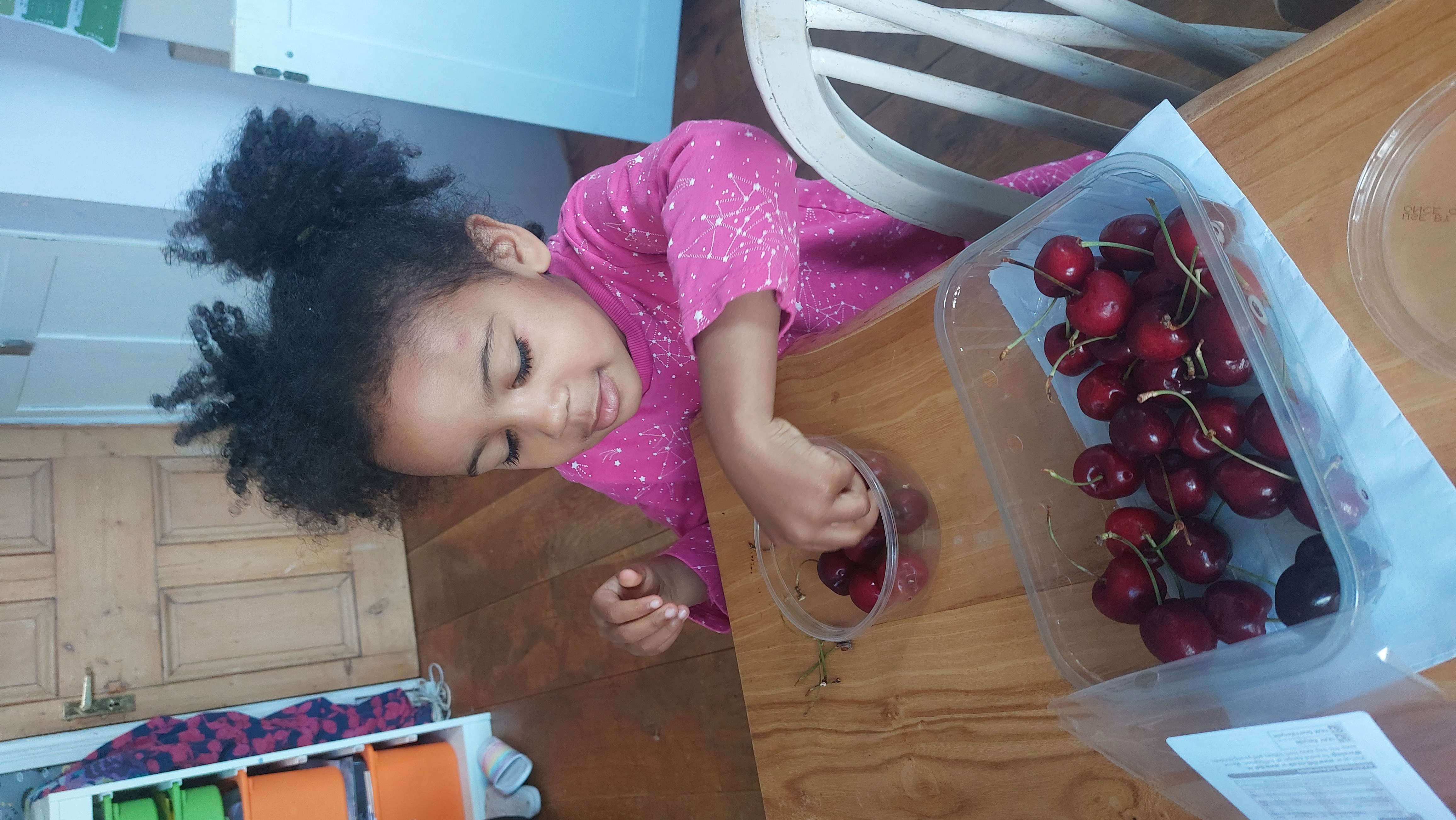 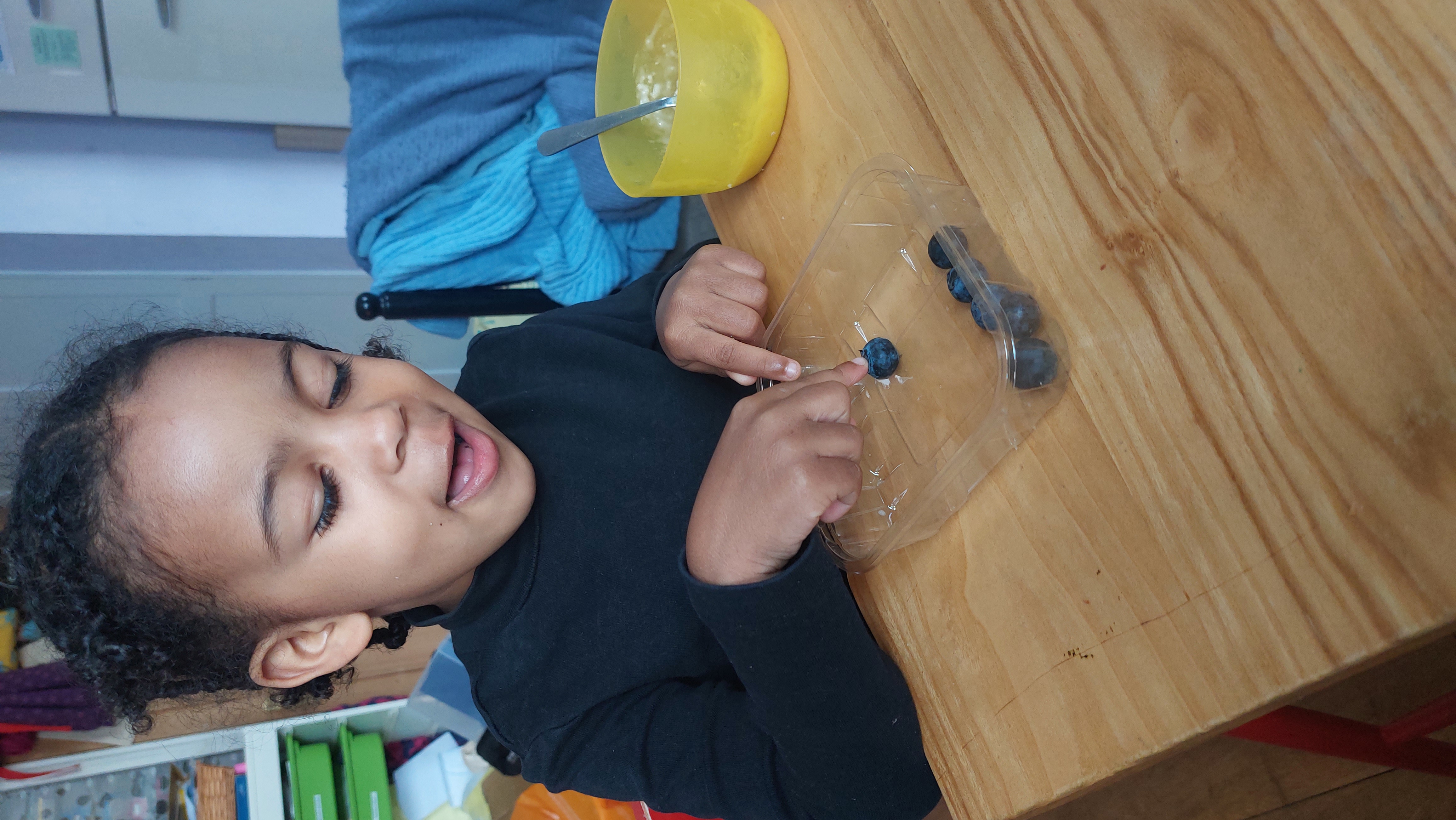