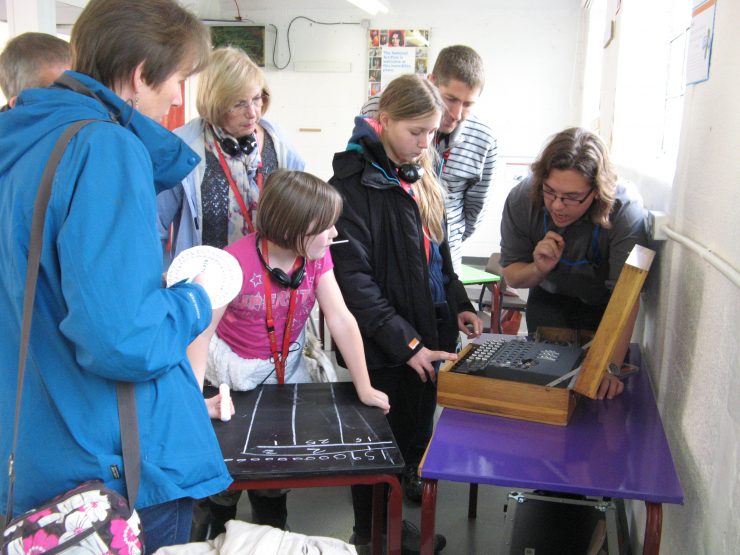 During the autumn of 2014, we ran a series of family maths events at Bletchley Park.  As well as Festival of Triangles, we created two new events: ‘Codes and Conundrums’ and ‘Playing Games’. The events were really successful, attracting over 350 people in total, and received highly positive feedback.

After the event, several families reported that they had taken things they had made into ‘show and tell’ at school, and at least three families came to the event more than once.  The events also helped to encourage engagement in maths among the whole family and showed maths as something everyone can do:

“My son is statemented with special educational needs and he found things interesting and manageable.  He took all his bits into school and did a ‘show and tell’ talk on the Enigma machine and breaking codes … (he) keeps quoting the word ‘quintillion’!”